Engine Oil and their Benefits 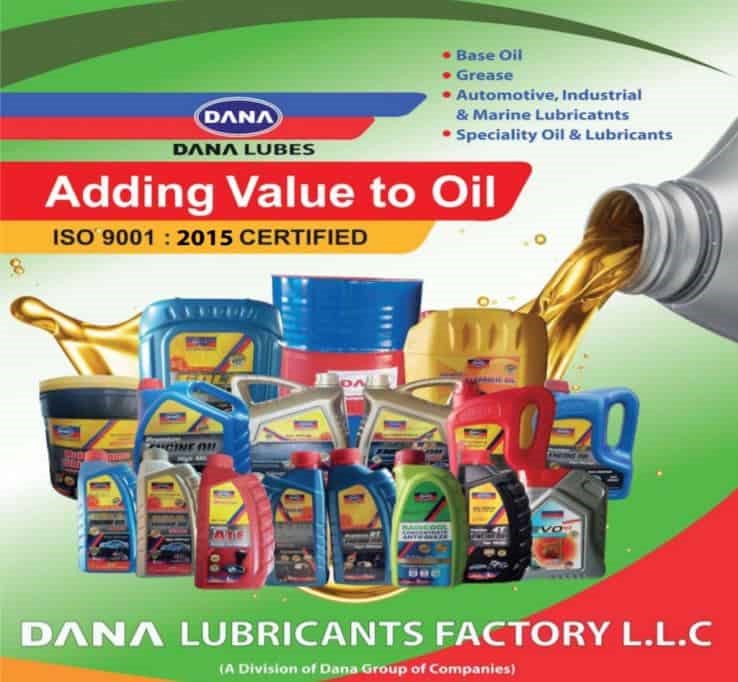 Engine Oil
Engine oil’s principal function is to lubricate an engine’s moving components. The oil keeps the parts moving smoothly and reduces friction and wear on engine components. It also removes heat from lubricated engine components before the oil is cooled in the sump and recirculated through the engine.
It does this using your vehicle’s oil system, which consists of the following components:
• Oil sump: this is where the oil is kept.
• Oil galleries: oil is transported by the engine.
• An oil pump is used to keep the oil flowing.
• Oil filter: filters contaminants out of the oil before it’s injected into the engine.
Furthermore, motor oil includes a number of chemical components that improve its performance and help remove pollutants from your engine.
• Foam inhibitors to prevent foam and bubbles from accumulating in the oil
• Corrosion inhibitors to prevent corrosion by generating a protective coating
• Antifreeze to increase oil fluidity in cold conditions
• Anti-wear agents to aid instant lubrication when the engine is started and minimise wear on engine parts that are particularly susceptible to damage
• Viscosity index improvers to improve oil performance in extreme temperatures
• Dispersants/antioxidants to prevent impurities from forming and building up on engine parts

Functions of Engine Oil
• Lubricates the Engine: Engine oil lubricates the engine’s moving internal parts as it is pushed into it, forming a thin slippery coating on the surface. By limiting contact between engine components, this film decreases friction. As a consequence, engine wear is reduced, and engine parts have a longer service life.
• Removes Contaminants: When an engine operates, it produces by-products and contaminants such as metal particles, soot deposits, acids and dust, as well as dirt, all of which can cause havoc in the engine. The pollutants are suspended inside the engine oil as it circulates, keeping them from coming into touch with engine components and causing harm. This is owing to dispersants added to engine oil during manufacture, which allow it to retain internal engine cleanliness and force suspension.
• Maintains Engine Temperature: When an engine begins, it warms up, and one of the purposes of engine oil is to remove this heat and transport it to other parts of the engine. Engine oil is responsible for up to 40% of the cooling process in a vehicle. It also maintains temperature consistency by flowing across surfaces that are colder than its normal working temperature of 230 – 260F. The heat is subsequently dissipated in the oil sump or, if one is installed, the oil cooler.
• Prevents Corrosion: While an engine is running normally, a thin layer of oil provides a barrier between components, protecting them from corrosion. Modern engine lubricants also contain corrosion-neutralizing chemicals.
• Improves Engine Performance: Metal surfaces, especially moving components, are difficult to get exactly smooth. Engine oil covers small gaps between the piston and cylinder to avoid leaks and loss of engine performance.

When Should Engine Oil Be Replaced?
If you ask three people how often they think they should replace their engine oil, you’ll receive three different replies. The traditional guideline of changing oil every 3,000 miles no longer applies as oil and automobile producers incorporate the newest research and technologies.
For some cars, this is the recommended oil change interval:
• Ford F150: Oil change every 10,000 miles or 12 months, whichever comes first.
• Oil changes every 7,500 miles or every 3 months on a Chevrolet Silverado
• Oil changes every 5,000 miles or every 6 months on a Toyota Camry
• Oil changes every 7,500 miles or every 3 months on a Honda Civic
• Oil changes every 5,000 miles or every 6 months on a Toyota Rav4
• Honda CR-V: Change the oil every 7,500 miles or three months.
As you can see, the recommended oil change schedules vary greatly depending on the brand and kind of vehicle. There are several causes for this discrepancy, including the kind of oil suggested by your car manufacturer, the engine type of your vehicle, and the circumstances in which you will most likely be driving.
Because motor oil degrades with time, it’s advisable to get your oil changed more regularly when in doubt. The longer you run your engine with old oil, the more likely it is to break down. Its lubricating and cooling capabilities will also be considerably reduced. However, bear in mind that the manufacturer knows your automobile best, so following to the manufacturer’s suggested oil change plan can help you avoid most mechanical issues during the life of your vehicle.
Different Types Of Engine Oils Explained

Fully synthetic
Chemical engineering has been used to make the molecules uniform in fully synthetic motor oil. As a result, it operates more consistently than traditional oil molecules with less contaminants. Fully synthetic oil offers a higher viscosity and oxidation resistance. It is the most costly type of oil and is suggested for high-performance engines or hauling trucks.
Semi-Synthetic/Synthetic Blend Oil
Semi-synthetic motor oil is a hybrid that mixes synthetic and traditional base oils to increase oxidation resistance and low-temperature performance. It’s an excellent choice for individuals who desire the greater performance of conventional oil without the expensive cost of entirely synthetic oil.

High Mileage Oil
If you have a car with more than 75,000 miles on it, you may need to switch to ‘high mileage oil.’ Unique additives in this type of oil preserve seals, prevent oil leaks, and decrease oil burn-off, engine smoke, and pollutants.
Conventional Oil
The industry standard for motor oil is conventional. It is made from refined crude oil and comes in a variety of viscosity grades. It’s most commonly seen in late-model automobiles that are operated on a regular basis and don’t require additional security.
What Do The Bottle’s Numbers Mean? The Different Grades of Motor Oil
The viscosity grade of oil is, perhaps, the most essential attribute. A set of numbers and letters, for example, 10W-40, may be found on the label of any container of oil. This is the ‘grade,’ which describes the viscosity of a certain engine oil.
The viscosity of a fluid is a universal measurement. At a given temperature, it refers to the oil’s resistance to flow. Kinematic and dynamic viscosity are the two most important features to consider. Knowing these things can aid you in selecting the optimum oil for your car.
The intrinsic resistance of oil to flow and shear under gravity forces is measured by kinematic viscosity. The lower the viscosity of an oil, the faster it flows. The high-temperature grade of oil is also determined by kinematic viscosity. Kinematic viscosity refers to the ’40’ in a 10W-40 oil.
Dynamic viscosity is another way to measure viscosity. The amount of energy required to move an item through oil is measured by dynamic viscosity. The low-temperature grade of oil is also determined by dynamic viscosity. Dynamic viscosity refers to the ’10W’ in a 10W-40 oil. The ‘W’ stands for ‘winter,’ indicating the oil’s resistance to cold when the engine is started.
It all boils down to this: the lower the first number, the less resistance the oil has to flow when the engine is cold started. At normal operating temperature, the lower the second number, the less resistance to flow the oil has. When the temperature drops, motor oils thicken, and when the temperature rises, they thin. Thinner oils with a lower viscosity give better protection at lower temperatures. At higher temperatures, thicker oils with a higher viscosity give additional protection.

Benefits of Using Synthetic Oil
Synthetic oil is more expensive than regular oil, but it has several distinct advantages that make it worthwhile in specific circumstances. For city dwellers who only drive a short distance to work and back every day, ordinary engine oil is unlikely to reach working temperature, never burning off surplus moisture. This causes it to degrade significantly more quickly. Even for short excursions, synthetic oil must flow more easily in severe temperatures and have better lubricating characteristics than conventional engine oil.
Oil should be changed every 3,000–5,000 miles in an automobile engine that runs on conventional or mineral oil. Running synthetic oil means it doesn’t need to be changed as frequently since it’s more resistant to breaking down, so it lasts longer. Synthetic oil must still be changed according to the manufacturer’s instructions, however engines intended to utilise synthetic oil have longer oil change intervals, such as 10,000–15,000 miles.
Synthetic oil often contains high-performance additives like dispersants and detergents to help it remove pollutants and keep an engine clean, decreasing engine wear and damage.
To choose the right oil, see your vehicle owner’s handbook or get advice from a professional. 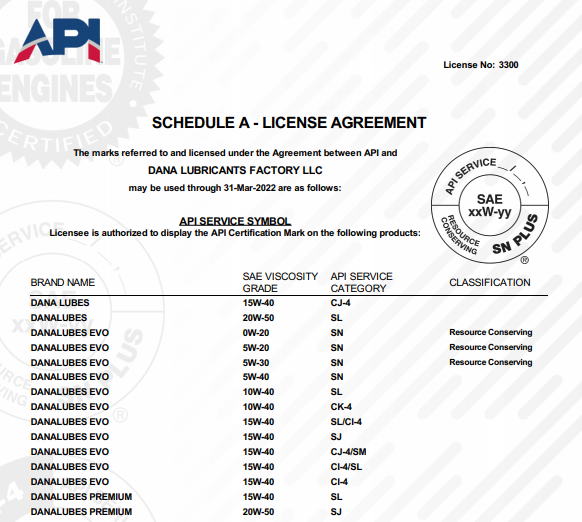